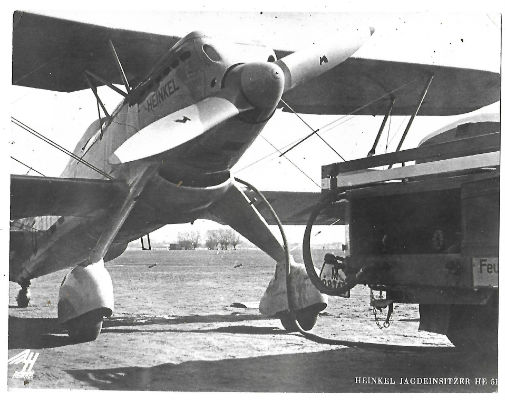 The Heinkel He 51 was a German single-seat biplane which was produced in a number of different versions. It was initially developed as a fighter, and a seaplane variant and a ground-attack version were additionally developed. It was a development of the earlier He 49.