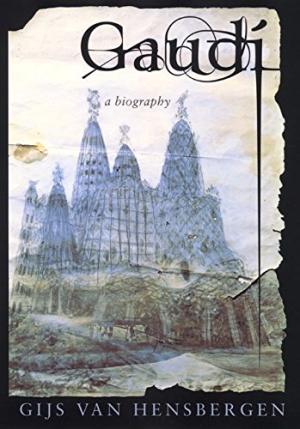 About the book: At the time of his death in 1926, Antonio Gaudi was arguably the most famous architect in the world. He had created some of the greatest and most controversial masterpieces of modern architecture, which were as exotic as they were outrageous. For many, Gaudi's unique architecture is Barcelona. But little is known about the shadowy figure behind the swirling, vivid buildings that inspired the surrealists. A fervent Catholic with an unstinting love for Catalonia, his homeland, an innovator who was profoundly orthodox, and a hermit who chose lifelong celibacy, having been rejected by the woman he loved, Gaudi was both brilliant and eccentric. He was very much the product of his time and place, and this masterful biography brings both man and architect powerfully to life against the changing backdrop of Barcelona and Catalonia. Gijs van Hensbergen leads us through the design and construction of Gaudi's most significant buildings, revealing their innovation and complexity and demonstrating the growing relevance of Gaudi's architecture today. The author captures not only the power and importance of Gaudi's work but the unique spirit of Catalan culture as well. This supreme artist lived by extravagant gestures and a creativity that bordered on madness. Even his legendary death under a tram as he stepped back to admire his cathedral in Barcelona has the hint of absurdity and poetry. In this first critical biography of one of Spain's most celebrated artists and the twentieth century's greatest architect, Gijs van Hensbergen makes a compelling argument for Gaudi's stature as icon of artistic integrity and genius.