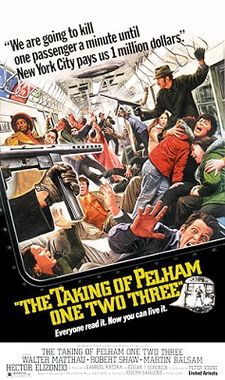 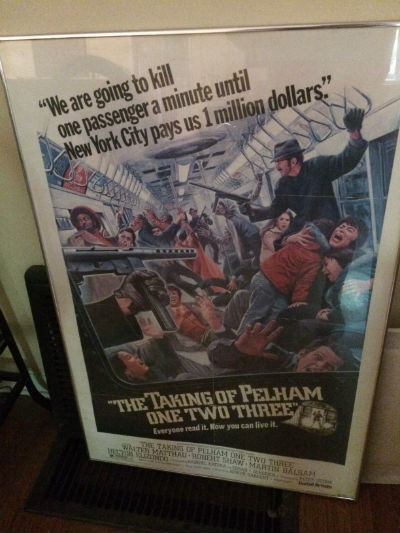 The Taking of Pelham One Two Three (aka The Taking of Pelham 1 2 3) is a 1974 American thriller film directed by Joseph Sargent, produced by Edgar J. Scherick, and starring Walter Matthau, Robert Shaw, Martin Balsam and Héctor Elizondo. Peter Stone adapted the screenplay from the 1973 novel of the same name, written by Morton Freedgood (under the pen name John Godey) about a group of criminals taking hostage for ransom the passengers of a busy New York City Subway car. Musically, it features "one of the best and most inventive thriller scores of the 1970s".[1] It was remade in 1998 as a television movie and was again remade in 2009 as a film. contact me bout shipping it will be expensive to get a glass framed poster anywhere within the usa.If you live in the LA area I will deliver it to you at n charge beacause I dont want those fucking FEDEX guys to smash another one. Contents